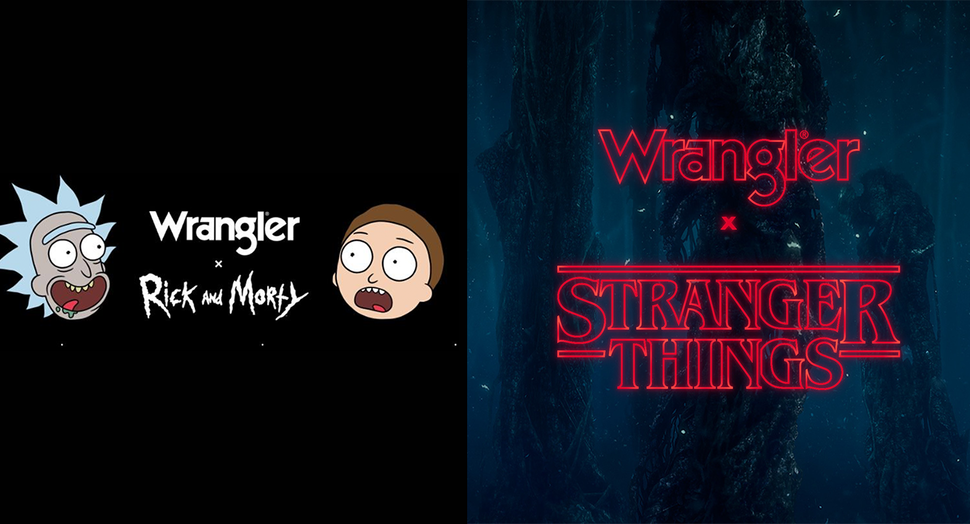 Wrangler once again harnessed its pop cultural affinity to build brand awareness around the galaxy with two new partnerships with the fan-favorite Adult Swim and Netflix shows. The announcements had media outlets from Rolling Stone, to Variety, to AdWeek saying “Wrangler is cool again.”

Speed to market is a key contributing factor to the success of Wrangler’s commercial collaborations. The brand’s access to internal manufacturing facilities provides the speed and agility needed to successfully launch from concept to on sale in under 10 weeks.

“Fashion should be fun, and we acted quickly when we saw an opportunity to bring some truly unique pieces to market that fans of these shows would not only love, but make sense in the context of each show in authentic ways,” said Holly Wheeler, Vice President of Global Brand Marketing at Wrangler. “Wrangler has a long and durable pop culture history, and it’s been great to see excitement around each limited-edition product. We’re always looking for ways to tap into the cultural zeitgeist to show how Wrangler is timeless to both older and new generations of fans.”

First out of the sci-fi gate was the Wrangler x Stranger Things Collection, launched in tandem with “Stranger Things Day” and featuring a classically-styled men’s tee, a women’s tee, and a heavy washdown men’s denim jacket. The jacket features era-appropriate flocked text and embroidery teasing “The Hellfire Club,” a nod to the forthcoming Season 4 episode one title debuting in 2021.

Next up was a collab that made Rick and Morty fans scream “Wubbalubbadubdub!” The Rick and Morty Season 4 season finale comedically skewered the idea of brand partnerships in its own typically meta-humor way by making Wrangler jeans the only product tough enough to withstand the NX-5 Planet Remover Laser. The mention didn’t go unnoticed by the Wrangler brand team, who realized it was the perfect opportunity to partner with Warner Bros. Consumer Products and the Rick and Morty creative team in tandem with their virtual Adult Swim Festival on YouTube. Custom tee artwork featuring the NX-5 Planet Remover was a hit with fans around the multiverse, as was a Rick and Morty denim jacket emblazoned with real-world laser etching (not the planet destroying kind).

“The fact that Wrangler saved the day in the Rick and Morty season finale was fun on its own, but we wanted to take it a step further by rewarding true fans of the show with this wink and nod to the moment,” said Wheeler. “The episode-inspired clothes allowed us to get in on the joke.”

With these collections sure to sell out, be on the lookout for future Wrangler and Lee collaborations that tap into pop culture…from the upside down dimension to Earth C-137 and beyond.