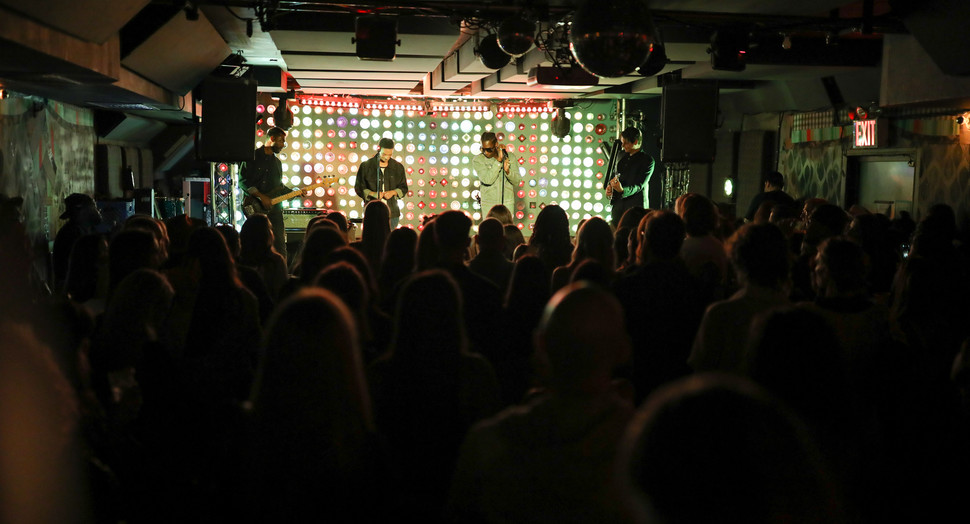 Last week, during New York Fashion Week, Wrangler® hosted an intimate event with Grammy Award-winning recording artist Leon Bridges as part of a yearlong 75th-anniversary celebration, debuting a soulful collaboration nodding to silhouettes from the brand’s iconic archives and Bridges’ personal style. With each piece in the collection telling a different story, the Leon Bridges x Wrangler Collection was teased at Baby’s All Right in the Williamsburg neighborhood of Brooklyn, N.Y.

Bridges brought his authentic Texas roots to the occasion, sharing an intimate performance from his latest album with invite-only guests. He also described the inspiration behind the collaboration, which he provided creative direction for while on tour, revealing how the designs nod to urban and contemporary music culture alongside the time-honored western aesthetics of Wrangler.

After the performance, Wrangler unveiled their one-and-only Legendary-Tier NFT, which was sold via an online auction. This NFT drop follows the spring release of the digitally animated Icon-Tier NFTs featuring Bridges’ dance moves. The auction winner received a custom-crafted retro-futuristic suitcase that holds one of the two custom Wrangler denim suits in existence, the other in Bridges’ private clothing collection. Stitched together with hidden digital content, the winner has exclusive access to content and holds the accompanying 1-of-1 digital NFT, representing ownership of this work of art on the blockchain, which will live exclusively on LTD.INC’s platform.

The Leon Briges x Wrangler Collection will be released later this month and available on Wrangler.com and select major retailers.