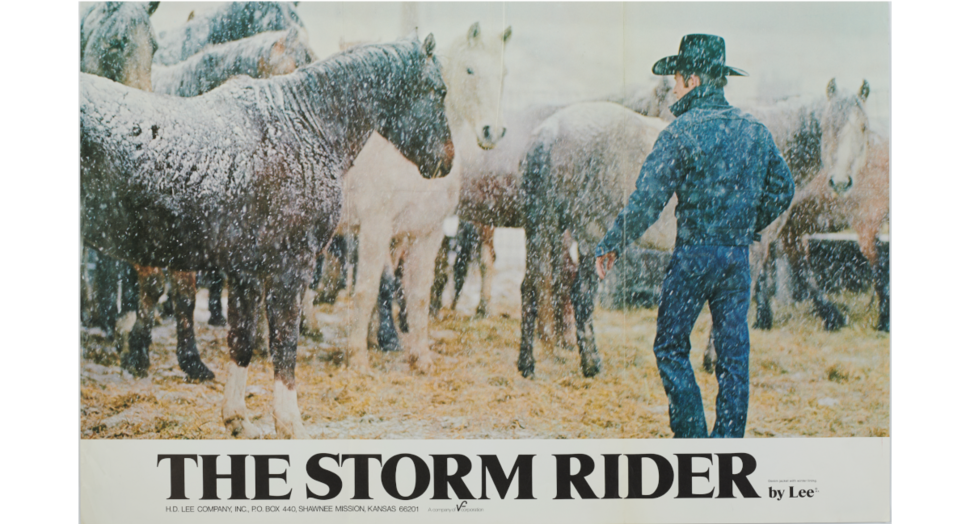 From farms and fields to fashion staple, we look back at one of Lee’s most iconic pieces in honor of its 70th anniversary.

They say some things just get better with age, and the Storm Rider jacket has done just that. It’s been a closet staple for seven decades, becoming an enduring classic

“It's just a perfect silhouette and the denim jacket that you can pair with anything,” said Sedgwick Cole Jr., Lee’s Global Director of Men’s Design, about the iconic piece. “That's just a classic American look.” 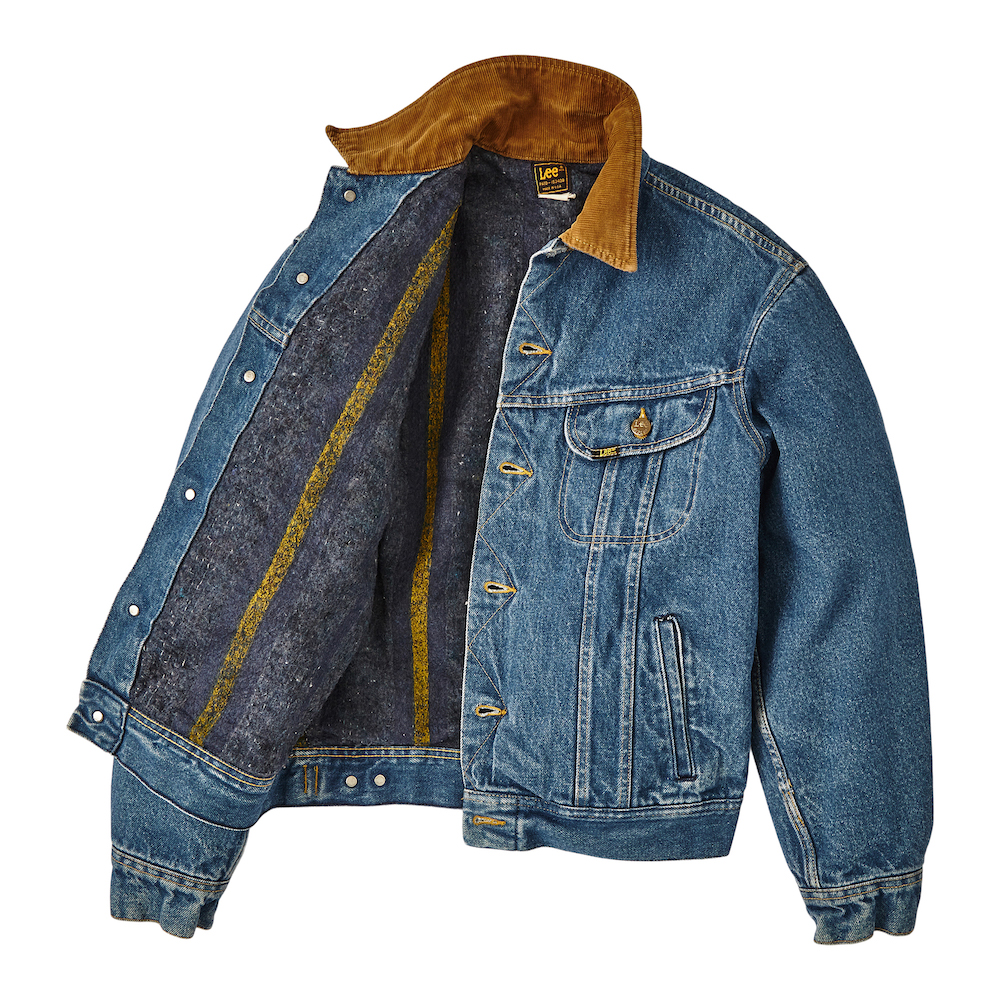 Admired by denim enthusiasts worldwide, the Storm Rider is often imitated but never replicated. While Cole Jr. — who’s worked in fashion for two decades — won’t name names, he says that plenty of other brands have tried their hand at their own version over the years. They do say imitation is the sincerest form of flattery...

While you might not immediately think of a septuagenarian as being trendy, when it comes to the Storm Rider, it’s a style that never gets old.

Let’s look back at where it all began.

Saddling Up for 70 Years: The Storm Rider’s History 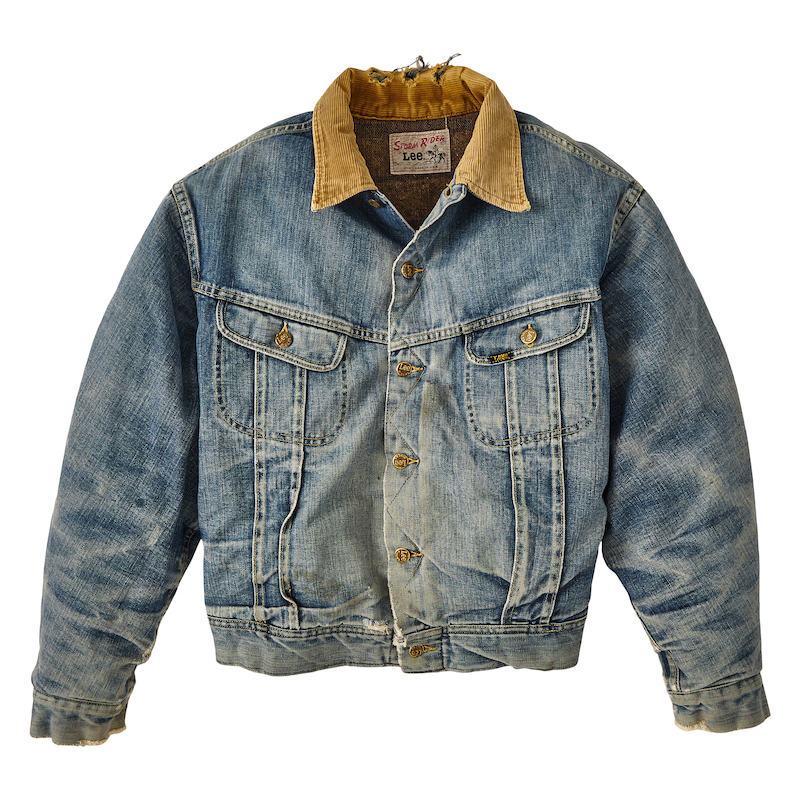 The first Rider-like jacket, the 101J, was created in 1934. In 1948, The H.D. Lee Mercantile Company (now known as Lee) decided to give that jacket a fresh look, and applied for a patent for a “new, original, and ornamental design for a jacket” in July. The patent was granted in April 1949, and the jacket essentially became the proto-Storm Rider though it was then known as the New Lee Rider Jacket.

The cowboy chic coat was designed as a rough and tumble piece to be paired with Lee’s new, slimmer-fitting 101 Rider pants (and originally only offered to members of the Rodeo Cowboy Association and Cowboy Association of America). It already had a few characteristic design elements that Storm Rider jackets still feature to this day, like zigzag stitching on the front, pleated pockets with button-down flaps, and an adjustable waistband.

Not much later, two more recognizable features were added: an “Alaskan blanket lining” for warmth (making it the 101LJ, or 101 Lined Jacket), and a corduroy collar to prevent neck chafing. These additions are what officially differentiated the Storm Rider from the Rider jacket.

Years passed before its name and iconic label featuring a horse and cowboy were trademarked. While the name Storm Rider first appears in writing in 1953, the lined version of the 101J Cowboy Jacket with the corduroy collar wasn’t officially rebranded Storm Rider until 1954. A women’s version was introduced in 1973.

From the Rodeo to the Red Carpet 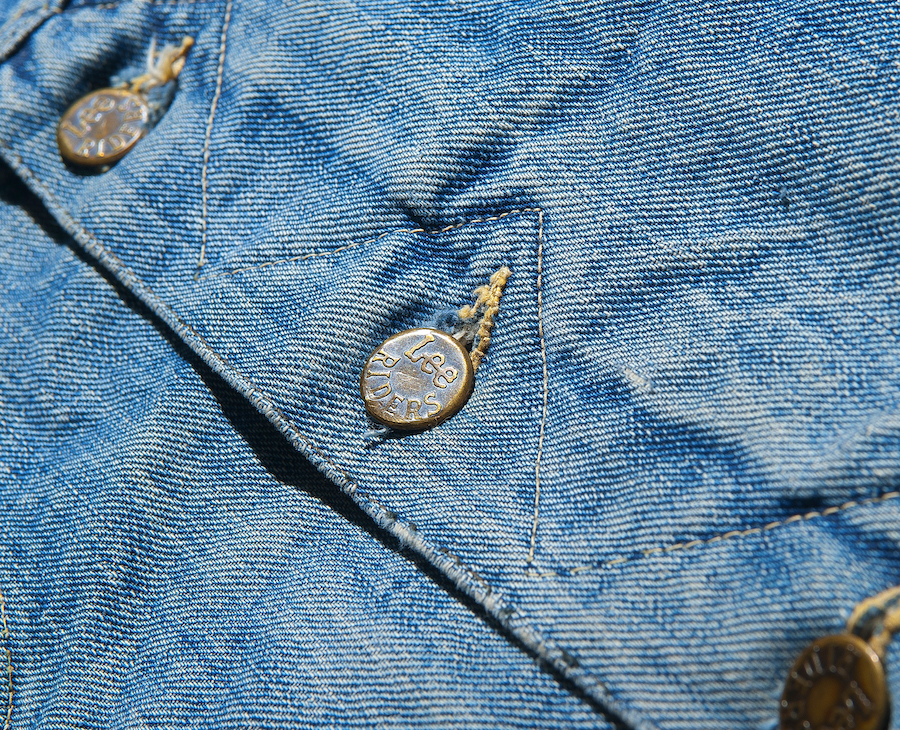 For a long time, denim was seen mostly for the working class. But when America saw just how good blue jeans looked on Marlon Brando and James Dean in 1950s films, well, people quickly changed their tune.

It was in the ‘60s though, when the Storm Rider really hit its stride, going from farms and fields to full fashion staple. And then, Hollywood came knocking. The Storm Rider took on supporting roles in a variety of movies — Marilyn Monroe wore a men’s Storm Rider jacket in the 1961 film “The Misfits,” Paul Newman donned one in the 1963 film “Hud,” and Robert Redford sported one in 1979’s “Electric Horseman.”

The rest, as they say is history: The jacket has been seen on icons across industries and cultures for decades since.

“Embedded in the Culture” 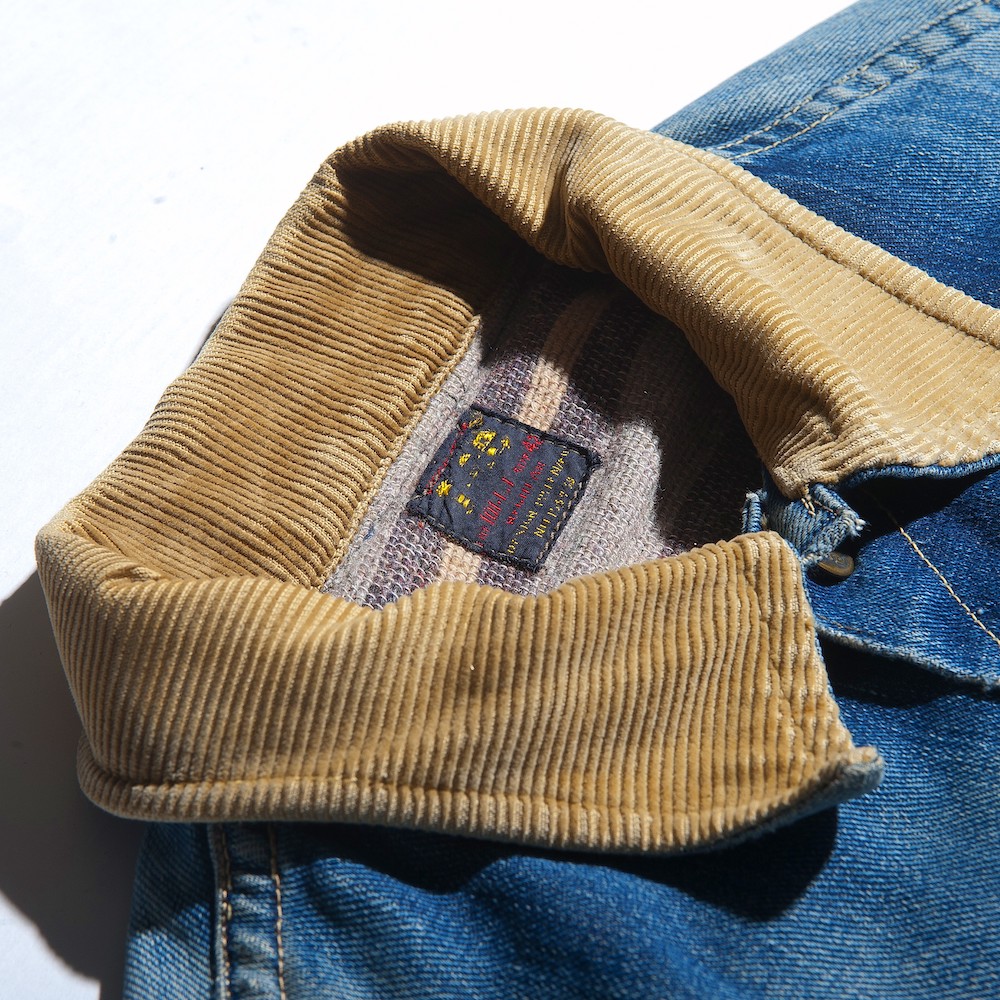 After its Hollywood debuts, an iconic photo of Madonna wearing the Storm Rider in the ‘80s often became pinpointed as catapulting the jacket to wider fame. But to Cole Jr., the jacket has simply always been “embedded in the culture.”

“That jacket shows up every decade in some type of subculture or popular culture as far as music, art and fashion go,” he said.

While he acknowledges that trends usually start with a celebrity, he says that’s not how his personal love for the Storm Rider began.

What makes the Storm Rider so special? According to Cole Jr. (a self-professed “denim head” who owns 10 Storm Riders), it’s the tilted yoke in the front, as well Lee’s signature left-hand twill, which he says creates beautiful wear patterns once broken in. Calling it “a perfect design vehicle,” he added that its fit makes it ideal for dressing up or down.

“Another place that really gravitates towards Lee and the vintage stuff is in Japan. They wear and pair it well, and they know how to really make the jacket pop,” he said, adding that Japanese buyers tend to clean out vintage shops of Lee inventory. 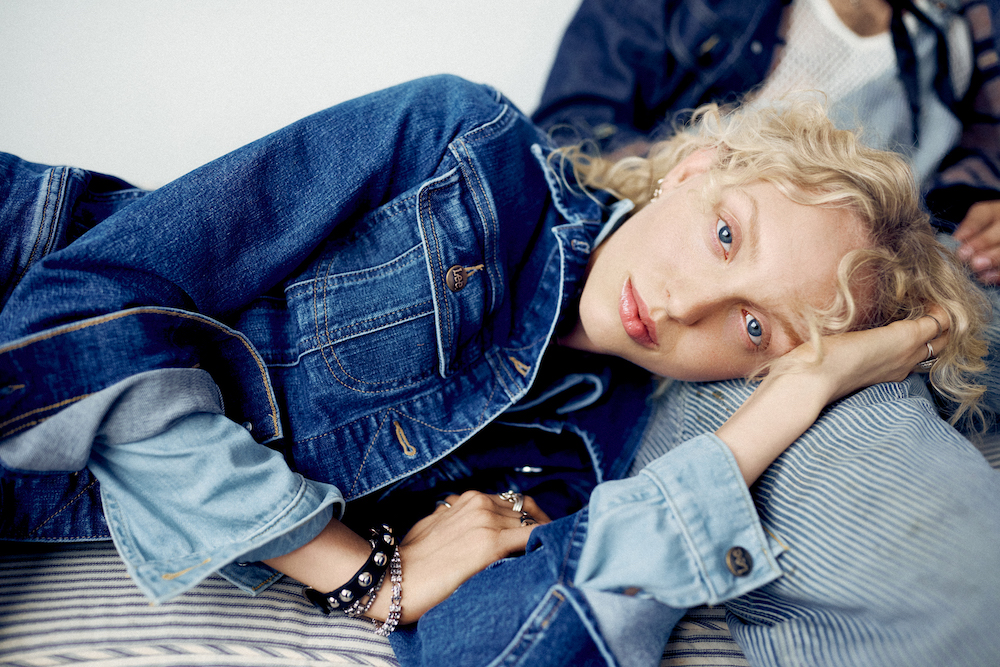 Vintage shopping is having a moment.

While it’s always been cool, it’s also been pretty niche. Until recently, that is, as it’s becoming more and more mainstream — not only in North America, but in China and Japan as well.

“Younger consumers want authentic and original,” Cole Jr. said. They don't want a copy; they want the real thing. If it's ‘80s they’re after, they want the exact oversized ‘80s fit. They want the wash; they want it worn in.”

Sustainability plays a huge factor in the vintage shopping boom, especially among Gen Z shoppers, who prioritize being green. According to Forbes, “a recent study predicted that preowned will make up 27% of the average resale buyer's closet by 2023.”

Tapping into that trend — as well as a goal of increased sustainability — the 132-year-old Lee company recently launched The Lee Archives, a new shopping vertical that sells vintage items and celebrates their storied history. It launched with a collection of Storm Riders because, as Cole Jr. puts it, “it’s the most iconic item — the one that's the most copied and that's the most sought after.” According to him, 60% of the collection was sold out practically as soon as it was put online.

Authentic Never Goes Out of Style 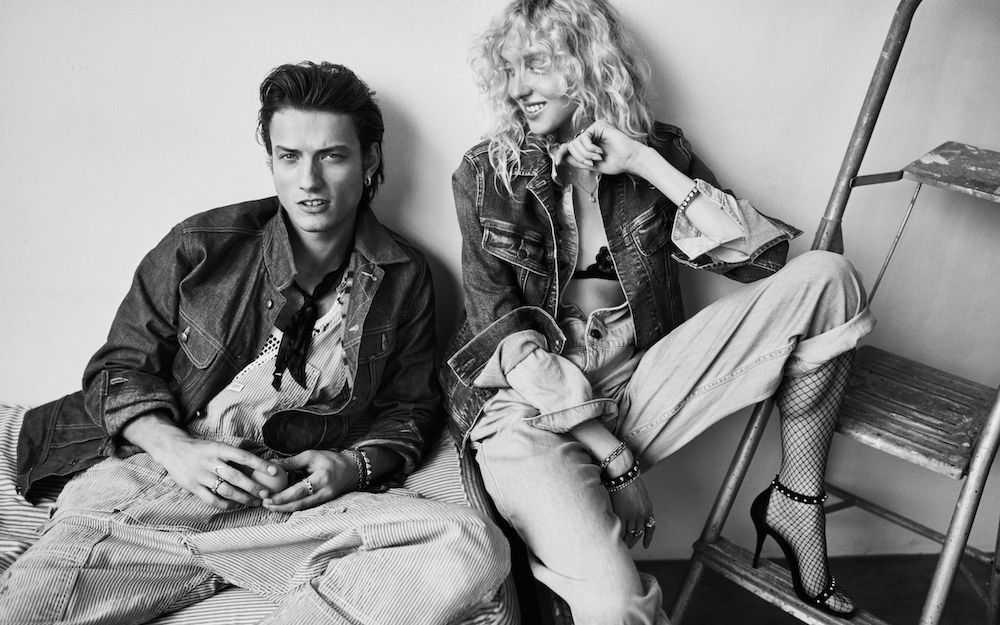 Despite being a vintage fave, new Storm Riders are still being produced. While Lee tries to stay as close to the original as possible, it makes trend- and region-appropriate tweaks and has built out a few other versions, like one with a boxier fit and one with a drop shoulder.

“How we keep it relevant is through fit, fabric, and finish, but we still bring it back to the DNA of Lee,” Cole Jr., explained. Lee is also working on digitally printed Storm Riders.

As for the future? “A classic is a classic. I don't think it’s going anywhere anytime soon.”