Scott Baxter is President, Chief Executive Officer and Chair of the Board of Kontoor. He has served on the Board since the Spin-Off and as Chair of the Board since August 2021. Mr. Baxter was named CEO in August 2018 when VF announced its intention to separate its Jeanswear organization into an independent, publicly traded company. Mr. Baxter has more than 30 years of experience in retail, operations, marketing, merchandising, sales and manufacturing, including extensive executive leadership experience.

Prior to being named CEO of Kontoor, Mr. Baxter was Group President, Americas West, for VF. In this role, he was responsible for overseeing brands such as The North Face® and Vans®.

Prior to joining VF, Mr. Baxter served as Senior Vice President of The Home Depot Company, leading the Services Division. He also previously served as Executive Vice President of Edward Don & Company and held a series of leadership roles with Nestle and PepsiCo.

Mr. Baxter serves on the board of directors for Lowe’s, one of the largest home improvement retailers in the world, and Top Golf Callaway Brands Corp., an unrivaled tech-enabled modern golf and active lifestyle company. An active member of the community, Mr. Baxter is on the board of directors for the Greensboro Chamber of Commerce and the Piedmont Triad Partnership.

Mr. Baxter holds a bachelor’s degree from the University of Toledo and a Master of Business Administration degree from Northwestern University’s Kellogg Graduate School of Management. 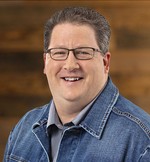 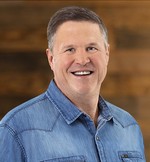 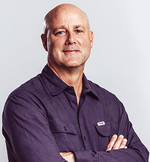 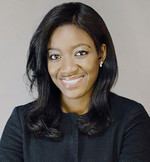 Prior to Kontoor, Mame was Head of External Relations at International Finance Corporation (IFC) and was responsible for managing IFC’s global external communications. Prior to IFC, Mame was Head of Communications at IFC Asset Management Company (AMC) where she led the institution’s marketing and public relations, branding, media, and strategic outreach. Prior to AMC, Mame was Chief Communications Officer at Results for Development Institute, and Director of Marketing at United to End Genocide, the largest grassroots advocacy organization in the US that led the historic movement to demand an end to genocide in Darfur.

Mame holds a BA in Economics from McGill University and received a Masters in Development Studies from the London School of Economics and Political Science (LSE). An active member in the community, Mame is on the Board of Directors for the Greensboro Chamber of Commerce and Get In The Game. 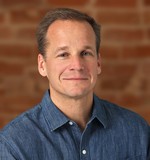 Doerr earned his bachelor's degree in business administration from the University of St. Thomas and his law degree from the Marquette University Law School.